A series of winter storms hailing strong western and southern winds has pushed tsunami debris ashore in the Pacific Northwest.

The debris ranges from larger to small objects, and is mingled with other nearshore debris along Oregon and Washington's beaches.

One such item, a section of a Yamaha boat, is believed to be tsunami debris and was found by a local resident on a beach north of Yachats, Oregon. 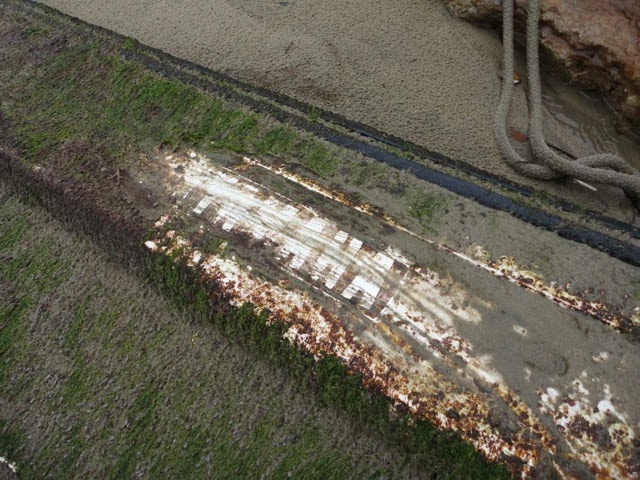 Like other tsunami debris, it was covered in a variety of invertebrate organisms. It included several individuals of Mytilus galloprovincialis, or Mediterranean mussels (despite its name, it can be found in Washington, the Puget Sound, and also in Japan and other areas in Asia), gooseneck barnacles, and sea anemones.


The section was approximately 13.5 by 21 inches and included a length of rope wrapped around a rail on the outer section.

There is no confirmation that this particular item is tsunami debris, however it is currently being evaluated.


As winter storms continue into March, it is possible that more large pieces of debris could wash ashore during storms.  If you happen to find a piece of debris, please refer to my resources section for options to report the debris. Any live organisms should be reported to Hatfield Marine Science Center's Invasive Species Laboratory, via the reporting form.
Posted by Unknown at 4:43 PM