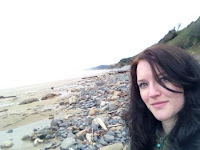 A product of the 80's, Shea grew up in a small town in northeastern Wyoming.  It was a land of endless prairie, where cowboys run wild and free, and the number of local churches is only equal to that of bars. 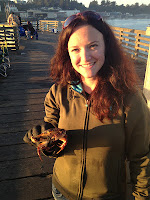 Shea attended the University of Wyoming from 2004-2008 in pursuit of a pre-veterinary science degree.  After single-handedly saving a number of puppies, kittens, and other furry things, she found that her zest for life and riveting personality were too much for the least-populated state to handle.  In 2009, Shea moved to Oregon in search of organic gardens, hippies, and a career in marine biology.
She found all of these.

Soon she began her ongoing pursuit of a Master's degree in Wildlife Science at Oregon State University.

While she now spends most of her free time communing with dolphins (a prerequisite for all marine biologists), and generally making the world a better place by existing, her day job involves spatial and ecological modeling of habitat use by the Pacific harbor seal. She hopes that her work will someday lead to a Nobel prize and numerous book deals. Which it undoubtedly will.

She doesn't always drink beer, but when she does, she drinks locally brewed ales.